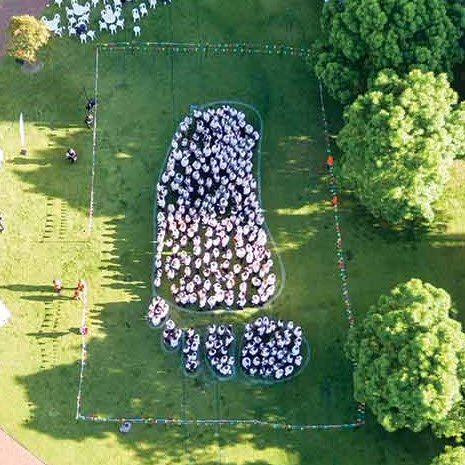 Our feet truly are amazing! Not only do our feet make up 25% of all the bones in our body (26 bones in each foot), our feet have 250,000 sweat glands and almost 8,000 nerves. They are also responsible for some weird and wonderful world records, listed by ‘Guinness World Records’. So unless you have podophobia, or fear of feet, have fun reading about some amazing feats that some feet have achieved!

The largest foot ever belonged to Robert Wadlow of the USA (1918-1940). He was not only the tallest man that ever lived, but he had the largest foot, measuring 47cm long. 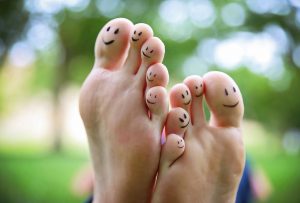 Adriana Hernandez of Mexico holds the record for the most birthday candles lit with the feet in one minute – 11! It’s hard enough to light two or three before the flame licks at your fingertips, let alone lighting 11 with your toes!

The most grapes eaten with feet in 3 minutes was 53, achieved by Arpit Lall of India. You can imagine how flexible you would need to be to achieve this!

Completing a Rubik’s Cube can be hard enough to do with your hands, but Daniel Rose-Levine from the USA managed to solve the Rubik’s Cube in 16.96 seconds … with his feet!

Jessica Cox of the USA was born without arms. In 2008, she gained her pilot’s licence and was the first woman to fly an airplane with her feet.

The record for the most consecutive tennis ball touches in 1 minute using the feet was 194 touches, achieved by Milad Mohseni from India in 2016. Maybe we should update our tennis ball exercise to incorporate some juggling and have a go at breaking this record!

The Olympic Games in Rome in 1960 was the scene for the fastest marathon run in barefeet. Abebe Bikila from Ethopia completed the 42km run in 2 hours, 15 minutes and 16 seconds.

Next time you are doing the Balancing exercise, think about Suresh Joachim who holds the record for the longest time balancing on one leg – 76 hours and 40 minutes. 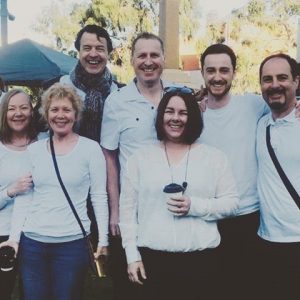 Did you know our very own Foot & Leg Centre team once held their own world record for the largest human image of a foot. 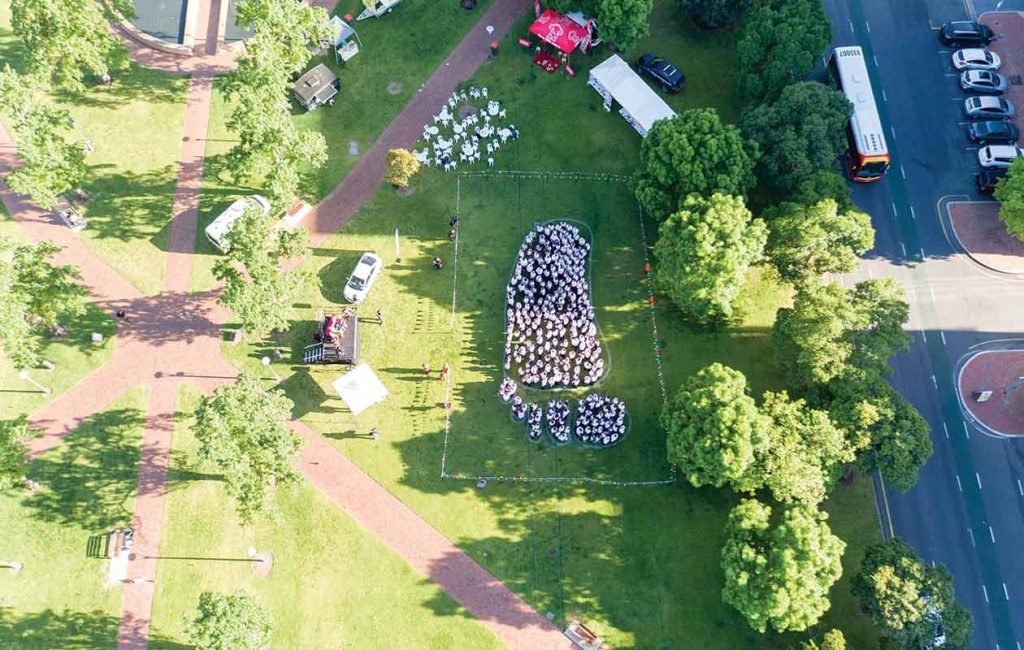 In 2016, we were amongst 313 people who set this record in Adelaide as part of an initiative by HYPA (Helping Young People Achieve). Unfortunately this record was broken one year later by an Indian community of 1,290 people, but we are still very proud to have played a part in official world record.

Emma is the administrative co-coordinator extraordinaire running things behind the scenes at the Foot & Leg Centre. She holds a Bachelor of Applied Science in Human Movement, and has a keen interest in the human body and how it works. Emma enjoys seeing clients make positive changes in their health and well-being, and enjoys the comradery of the Foot & Leg Centre family.
View all posts by Emma →
The alignment of your feet maybe causing your foot pain
Team Bali Adventure 2018


Get In Touch With Us

𝙃𝙚𝙚𝙡 𝙋𝙖𝙞𝙣, 𝙎𝙤𝙧𝙚 𝙅𝙤𝙞𝙣𝙩𝙨 & 𝙒𝙞𝙣𝙩𝙚𝙧 𝙒𝙚𝙞𝙜𝙝𝙩 𝘋𝘰𝘯'𝘵 𝘮𝘪𝘴𝘴 𝘵𝘩𝘪𝘴! 🔥Every single week at the Foot & Leg Centre, we help people just like you, who are suffering with heel pain 😫People who are struggling to manage their weight because of the burden of pain that’s preventing them from becoming more active 🚷 , and who are struggling with heel pain because of the extra weight they’re carrying ⚓️More often than not, the colder ❄️ months are associated with unwanted weight gain. Often due to a combination of warm comfort foods 🍕 and sore “arthritic” joints 🦴 that minimises the amount of activity we should really be participating in…because let’s face it, heel pain can be debilitating 😱, and no-one wants to be laid up on the couch nursing feet that are too sore to put on the floor!It can become a vicious cycle! 🚴‍♀️🚨 𝙒𝙝𝙖𝙩 𝙙𝙤 𝙮𝙤𝙪 𝙩𝙝𝙞𝙣𝙠?𝙁𝙤𝙧 𝙛𝙪𝙧𝙩𝙝𝙚𝙧 𝙞𝙣𝙛𝙤𝙧𝙢𝙖𝙩𝙞𝙤𝙣 𝙖𝙣𝙙 𝙩𝙞𝙥𝙨 𝙩𝙤 𝙝𝙚𝙡𝙥 𝙜𝙚𝙩 𝙮𝙤𝙪 𝙬𝙖𝙡𝙠𝙞𝙣𝙜 𝙬𝙞𝙩𝙝𝙤𝙪𝙩 𝙝𝙚𝙚𝙡 𝙥𝙖𝙞𝙣 𝙛𝙤𝙧 𝙗𝙚𝙩𝙩𝙚𝙧 𝙬𝙚𝙞𝙜𝙝𝙩 𝙢𝙖𝙣𝙖𝙜𝙚𝙢𝙚𝙣𝙩, 𝙩𝙖𝙠𝙚 𝙖 𝙡𝙤𝙤𝙠 𝙖𝙩 𝙩𝙝𝙞𝙨 𝙡𝙞𝙣𝙠www.footandleg.com.au/why-walking-is-the-best-form-of-exercise-for-weight-loss/ #heelstretch #adelaidefitness ... See MoreSee Less

🌿#naturaltherapy to FIX #footpain
By Treating the Cause NOT the Symptoms
with #footmobilisation
👉🏼Helpful Tips for Better Feet
DM 4 Q&A!
More Here ⬇️